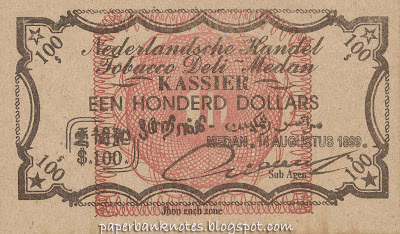 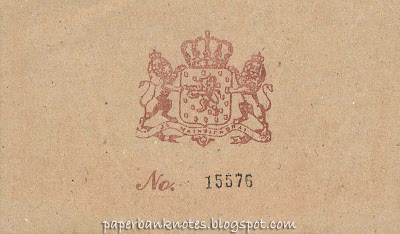 This is a private issue dated 1899, issued during the Dutch occupation, by the Nederlandsche Handel Tobacco Deli in Medan, Indonesia. I do not have any information on this company, but I know that this is not a rare note despite it's more than 100 years old. This note has very little or no security features printed, and it's printed in few languages including Chinese and Tamil (Indian). The quality of material used on this note was very ordinary too. Medan is now the capital city of North Sumatra Province and is the fourth largest city in Indonesia. It is also the largest city in Indonesia, outside the island of Java. I am just wondering why they have this note printed in the first place?

you are visitor no: